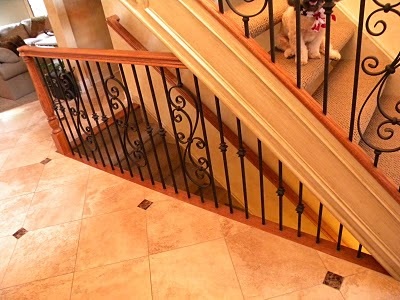 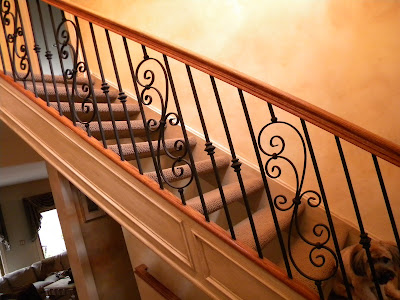 and gave her new Posts ,Rail, and Nosings. The homeowner wasn't in love with her existing Staircase, so she faux finished the stringers and I Installed Mouldings to dress it up a little. I think the difference is amazing. I wish I had a before photo. It was ugly. Believe me.
If you're tired of your old, ugly, wobbly, creaky, outdated, unsafe, stair or rail, give me a call, and make an appointment. I've been helping your neighbors for 20 years make their homes more beautiful, (and bringing them up to current code standards) Iron Balusters are a great way to accomplish that. Surprise your wife or husband with a new Stair or Rail. Christmas is coming. Start the new year with a new Stair and/or Rail.
Call Ron today @ 215-694-5046 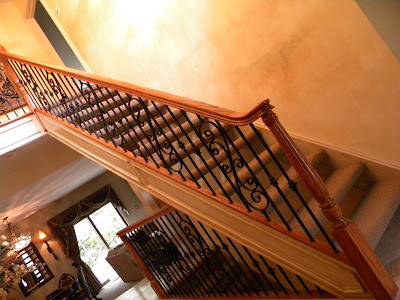 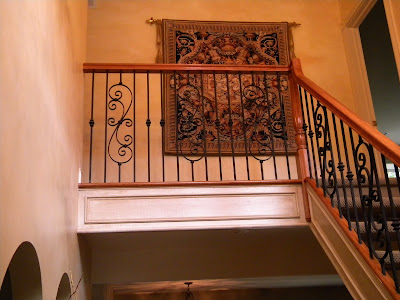